Why I Need to Write Oodles of PB Stories–Do You? 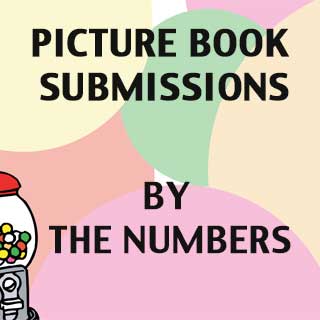 One of our goals when I signed with my current agent was to try to place one or two picture book manuscripts a year (in addition to my novels.) Obviously the acceptance side was out of our hands, but the creation side was not. We had talked about strategies before, but it hadn’t really hit me until now—maybe because I’ll be 53 next week. 😉  For me (maybe not other writers) to have a shot at more acceptances, I believe I need to write between 12 and 20 picture books a year.

Seriously, though, everyone is different. Even the most prolific writers don’t have every manuscript accepted. Or maybe the really big names do. Who knows? The point is, I really want to step up my game. I need to write oodles of PB stories because not all of them will “take.”

Submissions by the Numbers

This is strictly from the traditional publishing path–independent publishing puts a lot more in our control. Since starting with my new agent, here’s the scoop:

Over the next two years we have submitted four other PB manuscripts. Of those four:

…and I just sent my agent a new one.

I Need to Write Oodles of PB Stories!

So next Thursday is my birthday. It’s been over two years since that first and only acceptance. If I keep up this pace, I may not see my personal goal of 10+ published picture books before I kick it. 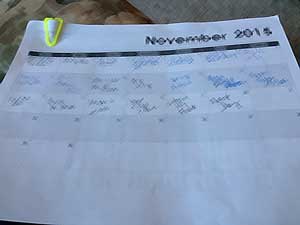 My new goal is to get one pb manuscript to my agent every month in 2016–she doesn’t know that yet. 😉

This year my effort with PiBoIdMo was a bit lacking–I just kept spacing it! I have ideas through November 20 (as you can see by my stealth photo), which actually isn’t too bad. I hope one or two will spark something so that, along with last year’s list and a few other ideas, I can get my picture book pace up.

It’s a challenge I’m getting really excited about!

If you’re a picture book writer, how many stories do you write per year? How many do you feel are submission-worthy?