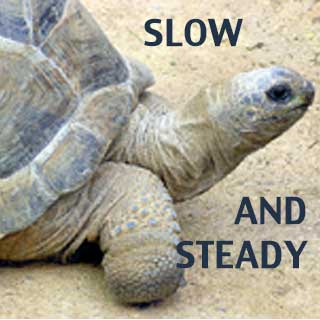 It’s been three weeks since I’ve posted and it’s mostly because I’ve been working on my YA–yay! Slow and steady progress.

This video is of me cleaning our pool. To pick up as much debris as possible, I have to push the vacuum very slowly; otherwise I stir up the debris and send it off to another part of the pool.

As I was cleaning the other day, it occurred to me that this was a metaphor for how I was working on my novel. The more slowly and deliberately I approached each scene and character, the more fully developed they became.

I was astonished to work on a scene recently, only to discover that my character was, indeed, an artist of sorts. What? I’d had a short paragraph in the book referring to a sculpture she’d created that had won a prize so it was on display at school. One line indicated that she “wasn’t even an artist,” and had created the sculpture on a whim, to distract herself, and her friend had encouraged her to enter it in the contest.

Later, she was creating some centerpieces as a favor and she really came alive. She was an artist, and needed to identify herself as such. I don’t think this revelation would have occurred had I not been working so slowly, giving my full attention to what was on the page.

And that’s just one of many gifts this new approach has brought to me.

So many times during the writing of this book I’ve thought to myself: “I just want to be done!” And yet this slow and deliberate pace has meant deepening my characters, discovering new motivations, and strengthening scenes–all the while staying in that zone of beautiful creativity longer.

For this book, following the tortoise seems to be making all the difference. What about you? Do you write at different paces depending on the project?