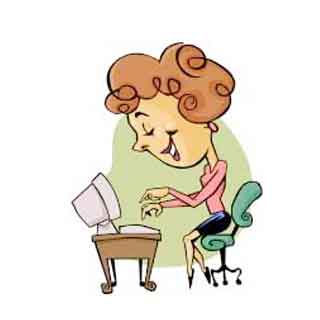 Last week I talked about my segue into procrastination. This week I’ll give you a few reasons why I think this is the case.

Fear of the unknown.

I usually don’t plan or outline my books but even when I do, there’s still that blank page or computer screen. I may know that this one scene needs to show her relationship with her brother but often I have no idea what kind of scene or where they’ll be. I have no idea what I’m doing so it’s better not to do anything. At least I can feel productive checking my e-mail.

Until I actually start a book, the idea of the book is fabulous. I love everything about it and am convinced it will be the next great novel of the century. But then the doubts creep in. Sure it’s a great idea, but can I really pull it off? I start to doubt that I’m a good enough writer to transform the idea in the way I know it needs to be transformed. How can I possibly think I can do such a thing?

Lack of respect for myself as a writer.

Everything else that I “have to” do is more important than my writing. This is actually a theory I don’t believe for myself but I do know writers who have not made writing a priority and have not created a time and space to write, nor have they set themselves forth as writers, letting those around them know that their writing time and space needs to be respected and honored. I have created a schedule for myself that enables me some decent writing time every day–I just often find myself wasting it, mostly because of the Fear reasons listed above.

Well, enough procrastinating. I really do need to get back to that novel, even though I won’t be writing a novel in a month like some people will.

Oh, but I am a little bit hungry. I should have a snack first…