My Character, Myself: Creating Realistic Emotions 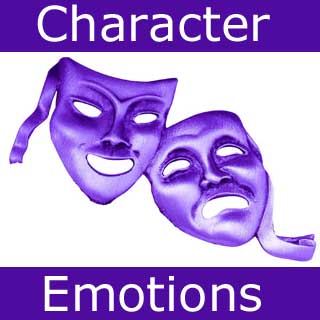 As I continue with revising my contemporary realistic novel based on feedback from my group, I have started to explore Sheridan’s emotional life more carefully as it relates to her character growth.

It occurred to me that her journey was much like mine was a number of years ago–a movement from blaming others/situations for my pain and/or unhappiness to a more empowered place where I recognized my own role in my  emotional state and the revelation that I had the ability to choose how I felt in any given situation.

Dr. Deepak Chopra talks about “the language of victimization” and states that any words that might point to someone or something else being responsible for our feelings is part of victim language. For example: betrayed, let down, insulted, inferior, hurt. In order for us to grow as humans, we need to use words that don’t blame other people or situations for our feelings–words like scared, sad, or angry. In my book, Sheridan definitely sees herself as a victim at the beginning of the book and blames outside forces and people for her feelings. But by the end she needs to move beyond that and really come into her own and I can see she’s not there yet.

With these ideas in front of me (thanks in large part to my group’s comments), I’ve begun to explore the words Sheridan uses to describe her situation and her pain, checking to see if they match the character arc I’ve set for her. Is she using blame language at the beginning and middle of the book? Has it moved to identifying language by the end? Is she owning her feelings and recognizing her own role in creating the painful world she was living in? This is a key part of the theme so it’s important to get it right.

It’s been a fascinating experiment and a learning experience for both of us. I’ve found myself once again aware of my own feelings and how I’m describing them – to myself and others.

Gee. I’m growing along with my character! One of the many reasons I love being a writer 🙂