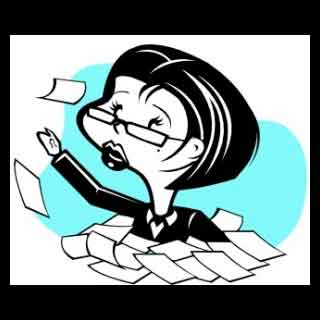 I’m a packrat. Not as bad as some of the folks on those reality TV shows I’ve heard about, but it’s hard for me to throw something away, “just in case” I need it or because “it’s perfectly good.” (I’m getting better about giving away things that are perfectly good that I no longer need, though, so hooray!).

This carries into my writing, where I save snippets of dialogue, scenes, and entire versions “just in case.”

And thank goodness! Time and again I’ve gone back to a previous version and pulled something out to use in the current version.

However, I have to confess to also saving versions and snippets even after a book is published. Why? I’m sure there’s some deep psychological reason, but on the surface I have no idea. But then when I was building my website before my first book came out, a light bulb blinked on–deleted scenes! I love watching those on some of the movie DVDs I have, so I thought maybe some readers would be interested. And those were fun to put together as well as read all the different directions I was taking a story at the time.

And now I’m starting to consider ancillary short stories related to my novels to offer as e-shorts so I’m still hanging on to some of the docs in case there is something in there I can “re-purpose.”

Still, after I had my sister/webmaster convert some old WordPerfect docs to Word, she pointed out some redundancies and got a chuckle out of my packrat ways. So then I asked myself: When is it really, truly time to say good-bye to something?

And my answer was:

The last one really struck me because I’m a much better writer now than I was even a few years ago and I’ll keep getting better. Why not trust myself to write something even better rather than holding on to these old versions “just in case?”

It does mean going through a lot of documents–unless I just wanted to select, close my eyes, and press DELETE (which I’m not sure I can do, even if that might be the best way)–but how great that would be–like a document spring cleaning!

Ahhhh. Just thinking about it feels like a load lifting…