First or Third Point of View? 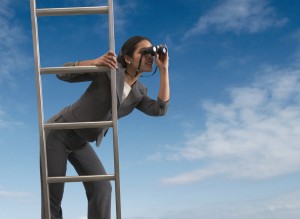 Years ago I attended a writing conference where an editor of middle grade and young adult fiction said never to write in first person, that it was the mark of an amateur. Well, obviously that philosophy has changed, but that’s actually not the point. And the point is also not that you shouldn’t listen to editors–most of them have very valid and insightful things to say and you should listen to them, but also listen to your gut. But that’s for another blog.

No, the point is that I took her words as gospel and wrote my next two novels in third person, even though one of them kept trying to come out in first person.

So what did I learn? That not all advice will work for me or my story and that I should trust my gut when it comes to how I tell the story. And, more recently, that if something changes drastically in my story, I may need to change POV. That’s exactly what happened to me in my current novel.

In the very first draft, the story came out in third person and that made sense because the main character was distancing herself from a particular incident and it felt right to have that distance manifest itself in a third person POV.

Every so often I’d find myself slipping into first person, but knew it was because that’s what I was used to and I was right. Soon third person flowed regularly.

Then I hit that wall I talked about in my September 20 blog, “Giving a Story Time to Grow.” And when the lightbulb went off and I started writing again, the character came out in first person, which was exactly right because she had changed in a way that her voice had no choice but to come out in first person.

So now I’m writing the book in the first person and finding that some existing scenes work with some tweaking and other scenes don’t fit the story anymore, mostly because she’s different so the scene has to be different or tossed out altogether because it’s irrelevant.

Trust your character, trust your gut and the point of view will be there.