Giving a Story Time to Grow 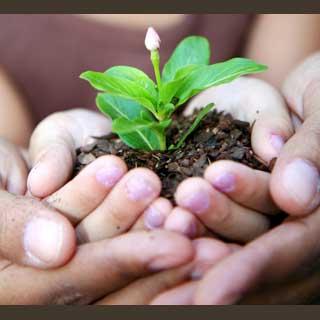 As I noted in the first Writer’s Studio, back in January I hit a wall with my new YA novel and knew I needed to set it aside for awhile. (For the record I burst into tears, e-mailed my group and told my husband I felt like a failure, and then ate too much chocolate). What I didn’t know was I’d be setting it aside for nearly eight months. Yes, EIGHT months.

Don’t get me wrong, I was still thinking about it here and there while I was getting ready for my book launch for Rock On in March, when I was running on the High Line Canal trails, doing the dishes, or taking a break from preparing for an author event. (Last spring I had nearly twenty author-related events which was very unusual for me. I bounced from book fairs to school visits to keynote speeches, preparing for the next one right after finishing the last one. The next thing I knew, months had gone by and I hadn’t written a word on that novel.)

The massive wall I’d hit had to do with particular part of the plot. Was it big enough to cause the problems it seemed to be causing? Could it carry the weight of the story?

The answer was no, but I kept trying to make it yes and kept hitting that same wall, albeit from different angles. What was Einstein’s definition of insanity? Doing the same thing over and over and expecting a different result? Well, that was me and this plot thread.

So about a month ago I was reading Every You, Every Me by David Levithan (fabulous book btw). When I got to the end, I closed the book, had my usual “wow” moment after finishing a powerful story and then a lightbulb went off and I thought: “Holy french fries! I know what’s wrong with my book!” I realized that my main character’s growth arc concerned confronting and dealing with her pain as a whole, not any one particular incident that had happened to her. Thank you, David Levithan!

So I immediately jotted down a few notes in that regard, including how several scenes would change or get shifted because of this.

And then some things my W-I-P (works-in-progress) writing group had said a few months back began to resonate, when before I had dismissed them as not fitting with my vision of the story.

And I’m once again back to writing in first person, which is interesting, especially because when I wrote my paragraph yesterday for my JumpStart exercise, I wrote the paragraph in third person! What’s up with that? It may be because I was so used to writing in third person so that’s how it came out or it may be that I’m still conflicted about the POV.