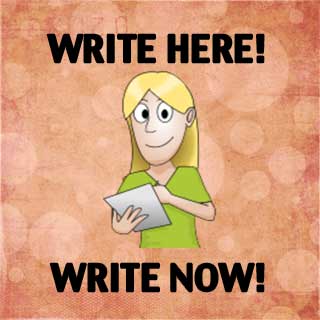 I used to be one of those people who was convinced I needed a big block of time—at least two hours—before I could really write, especially when I was working on a novel because it seemed like I needed at least thirty minutes to remind myself where I was in the story and then it always took awhile to get in my groove. So, more often than not, I found myself not writing at all because I didn’t have that block of time.

Today, I still love the luxury of having a block of time and I’m lucky enough to have it quite often, but on the days when I don’t, I still want to write and am learning how to use smaller blocks to my advantage.

Here are some of things I do when I only have 10-20 minutes of time, no matter where I am.