Getting Rid of Clutter…in Life and Books! 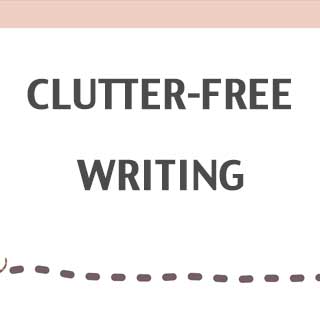 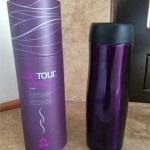 Like the cool container that held my Teavana mug (see pic at right). Hey, it’s so pretty! And sleek! And it was only used to transport the mug from the store to my house–what a waste. Argh.

All of the spatulas even though we have five or more because maybe we’ll need all of them at once (Uh, no)?

I could go on, but you get the idea. It’s a little nutty.

I also keep scenes I don’t need (maybe I will later), characters who aren’t doing anything (maybe I can make them do something), and bits of snappy dialogue that are just that–snappy with no real substance.

So what’s a clutter-bug to do?

I hear a lot about “releasing the things that no longer serve you.” I love this because it is a call to awareness. to know what no longer serves me, I have to pay attention. I have to hold something up, look at it, think about it, and make a decision.

And like my physical space, my books can become cluttered with things that no longer serve the story. How do I figure out what’ s what?

Add new scenes, cool dialogue and gorgeous turns of phrase that further the story. Now that I’ve gotten rid of what isn’t working, I have room for what does. I’m free to fill my story with wonderful writing that makes it even better. Woop!

I owe it to readers to make sure my book is clean, tight, and the best story I can possibly tell so…declutter!

What do you struggle to let go of—in life and writing?

P.S. The sweater is in the giveaway bag right now. Still have the Teavana box and the 5+ spatulas. Baby steps.